Thanks to the tried and tested collaboration between the Cortina Mountain Guides and the Faloria cable car, a new crag was recently equipped above Cortina on the rocky outcrop called Crepo Longo, on Monte Faloria.

At present the crag hosts 26 pitches up soldi greyish-black rock. Most climbs are in the 6a/6b region, but there are some 5c’s, two grade IV routes and at present just one 6c. The ease of access and south-west orientation combined with the beauty of the routes render Crepo Longo well-worth a visit.

The easiest way to get there is definitely by using the Faloria cable car, from the centre of Cortina.
At the top descend north-east down the winter piste. Before reaching the start of the chairlift which leads to Tondi di Faloria take the obvious path signposted for the crag. The walk-in takes circa 20 minutes.

Alternatively, start from Rio Gere (by the Cristallo and Faloria chairlift), on the road which leads from Cortina to Passo Tre Croci. Park the car and continue on foot along the dirt road (path #212) which winds its way along the Faloria piste to reach the start of the chairlift which leads up to Tondi. Continue on to quickly reach the crag. This option is obviously far longer, calculate circa 1 hour for the walk-in.

Vertical face climbing with plenty of holds. The harder pitches have some slightly overhanging sections.

BEST TIME OF THE YEAR

The crag faces south-west and as such receives the sun until late in the day.

THE ROUTES: (from right to left) 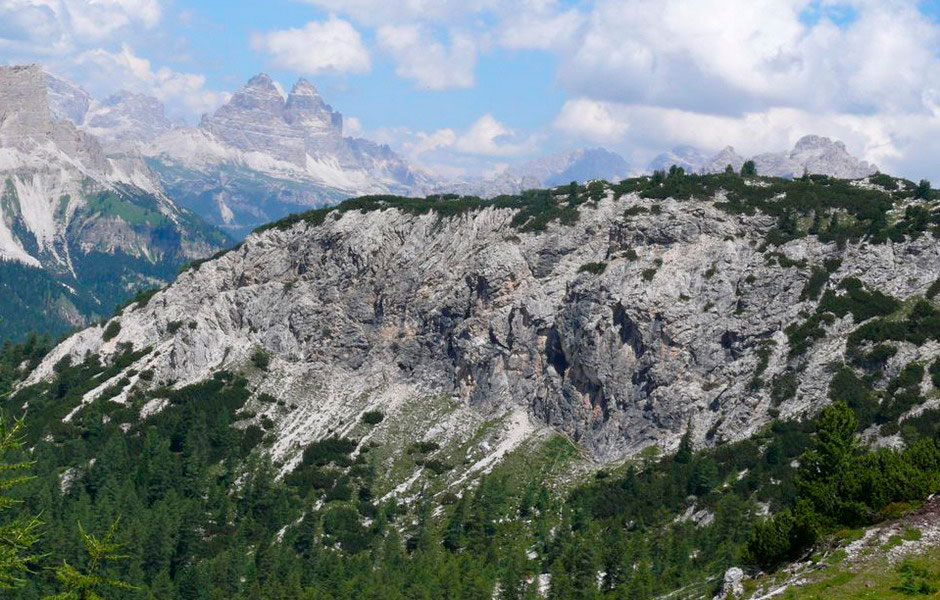 There’s a new playground for climbers: the Rio Gere crag.
The first routes on this enormous outcrop were bolted in the early 1990s by Diego Ghedina, known as “Tomasc”, from the Scoiattoli group, who realised the potential of this new climbing site in the Ampezzo area.

Diego soon abandoned this project, however, as he had discovered another irresistible face: the “Crepe de Oucera bassi”, which he studied and equipped from start to finish with unwavering and devoted passion.

Many years have passed since then, but recently two tireless climbers decided to give the area another shot: our experts Mox (Massimo Da Pozzo) and Bruno Sartorelli sorted out Tomasc’s original routes. The two Scoiattoli climbers also opened up numerous new routes, mainly long overhanging lines (up to 40 m).
Thanks to them, Cortina now has another stunning climbing wall to train on, the Rio Gere crag!

From Cortina follow the directions to Passo Tre Croci – Misurina. Once out of town, after about 5 km you will see a junction on the left with a signpost for the “Brite de Larieto” restaurant. Continue along the main road for another hundred metres until you see a small lay-by on the right where you can leave your car. Take the path on the right (south-east) into the wood of sparse larch trees that goes past a riverbed and then climbs steeply at first to the enormous outcrop (15 minutes from the car park).

THE ROUTES AND GRADES 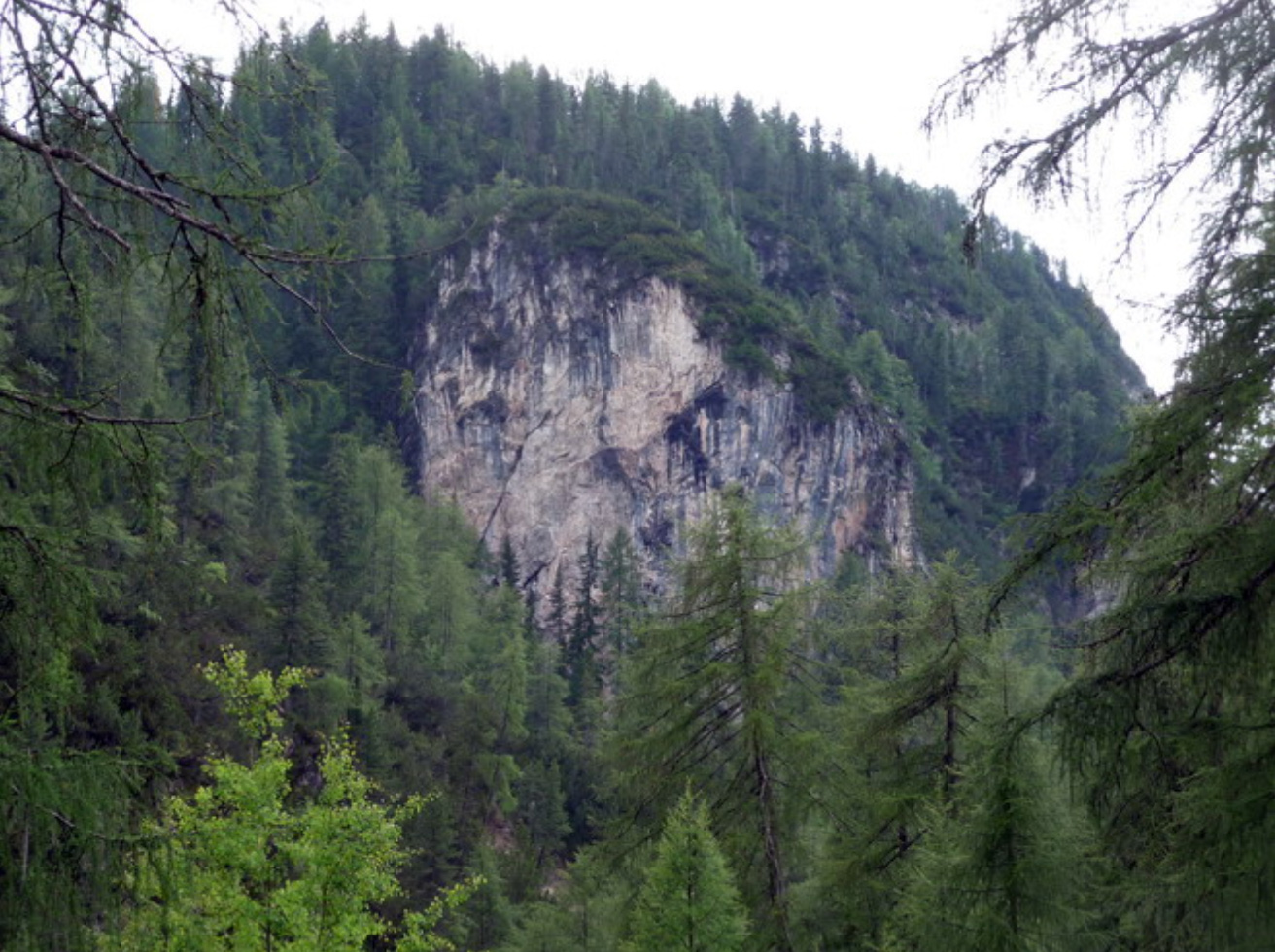